Join the WSRA Board of Directors

Washington State Recycling Association is seeking candidates for its Board of Directors. Board candidates must be members (precious metal, organization or individual) in good standing who are willing to commit 8 – 12 hours per month to working on WSRA activities. Being part of the WSRA Board is a great way to help set the direction for the association’s work and is rewarding, educational, and lots of fun!

A packet of information about serving on the WSRA board is HERE.

Potential nominees are encouraged to ask questions or get additional information by contacting Megan Smothers, Executive Director, at recycle@wsra.net or 206.622.8425 or any of the current board members.

The timeline for the 2021 nomination process is as such:

– Nominations for board positions open (February 12)

– WSRA Board of Directors finalizes list of nominees (March 18)

To be considered, please fill out the nomination form and email your headshot to recycle@wsra.net.

Information from this form will be used by the nominating committee to prepare the ballot as well as used to prepare the packet sent to the membership when they are voting.

CLICK HERE TO REGISTER or HERE for more information. 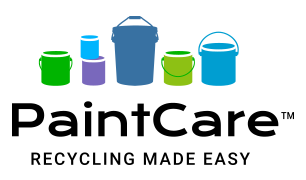